Why Don’t Channeled Messages Agree with One Another? | Don Spectacularis 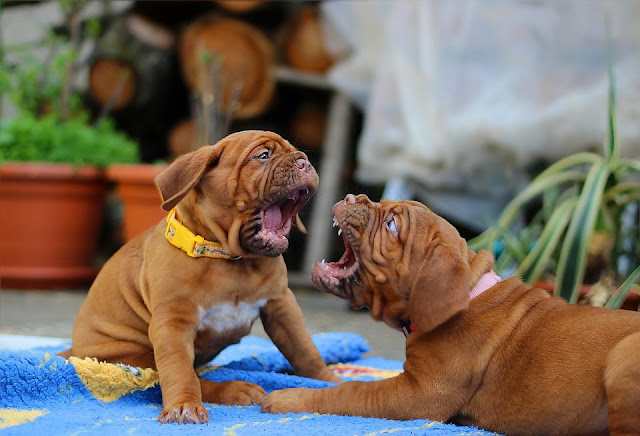 As an awakened or awakening soul, you may have asked yourself the following question at one point or another: How is it that two or more channeled entities, energies, beings or groups (with whom you may otherwise be resonating highly) appear to be so VEHEMENTLY disagreeing and divergent on so MANY issues? And HOW is it that ONE entity or group (that you even RESONATE with!) comes through with one specific opinion, and yet, ANOTHER entity or group (that you resonate EQUALLY with!) say things that are entirely in OPPOSITION or CONTRADICTION to the FORMER?

So I’ll (attempt to) make this answer as simple as I can: There are (exactly!) infinite realities. As also are there infinite PERSPECTIVES. All of which are EQUALLY valid and loved in the eyes of Source / God / Creator -- for Source is nothing but Unconditional LOVE itself. Which also includes things such as unconditional acceptance, unconditional compassion, unconditional forgiveness, and such.

Please think about this for a second: If everything is a dream anyways, is it that shocking to you that one dream (illusion) allows for a round earth, whilst yet another dream allows for a flat one? And so what if the physical laws don’t allow for such? It’s a dream, folks. A dream. A dream, a dream, a dream.

If we are all (seemingly) living upon a round Earth right now where something such as flying is easier said than done, it is only so by collective AGREEMENT and nothing ELSE. And yet, even THOSE agreements can be broken under special conditions and clauses of the contract. Hence the floating monks and the masters walking on water. And you can bet your LIFE ON IT that if enough of us decided to make a collective agreement to shift over to a Flat Earth reality / universe tomorrow (and if making such a contract doesn’t interfere with our other life contracts and soul agreements here); then, in NO TIME whatsoever, would all of us be waking up in a FLAT Earth reality (with, potentially, entirely different physical laws and such) the very NEXT DAY even. Because THAT is how powerful we all are, as creator GODS.

And thus, it is imperative here that we understand these simple facts about the dream / hologram / illusion that we all call life as we prepare to move into ever higher and higher dimensions, densities, planes and realms of existence shortly – and more importantly, as our individual and collective soul contracts begin to expire and change accordingly. Love living in an inverted universe? Go for it! Wanna live in an universe where gravity only activates on Fridays? Go for it! There’s a universe in which Hillary Clinton saved the world from a Nuclear Holocaust and there’s a universe in which the Pope is secretly Batman. It’s all a dream, an illusion, a hologram anyways. How do rules and laws and restrictions of any kind even matter? It’s what the (said universe’s) creators make of it, really. For everything that you can IMAGINE already EXISTS.

Now, I understand that the above information might just be a tad bit “too much” or “(way too far) OUT THERE” for some folks on here, but well, this is a SPIRITUAL growth and expansion website, not a mollycoddling one. It can’t be that we just keep on SAYING and REPEATING and CHORUSING and PARROTING things such as “all of reality is an illusion”, “everything is maya”, “the matrix is real” and other fancy spiritual quotes like that all day long -- but when push comes to shove, be like, “Yeah that’s all good but the Reptilian Demoncrats are the ONLY ONES behind of all evil in existence.”

If reality was as truly FIXED as PEOPLE thought it were, we’d all have stopped at CLASSICAL Physics -- and QUANTUM Physics wouldn’t even be a THING in here today. If reality was as “non-illusory” as (nearly) everyone said it was, ingesting LSD or DMT or Mushrooms would give all people the EXACT SAME replicable experiences, and not something NEW every single time. Also, you probably wouldn’t know who the fuck Einstein or Tesla was either.

So very fluid, expansive, loving and all ACCEPTING is this reality (illusion), that even those whom WE deem as being entirely selfish (and even cruel) by their very nature, have all been given an entirely SEPARATE evolutionary paths of their own back to Source. It’s called the “Service-To-Self” Path (unlike the Service-To-Others / Service-To-All paths), and you are free to read all about it (and more) in the Law Of One material by Ra.

So learn to let everyone’s UNIQUE little PERSPECTIVES be, and yet, LOVE THEM all the same ANYWAYS!

And THAT IS WHY you keep on getting channeled messages that ALMOST ALWAYS feel like they’re gladly echoing the social, political, philosophical and any other views and viewpoints and ideas of the said CHANNELLER themselves. Because the entities or groups being channeled – in almost all cases – simply do not DESIRE TO bring through their own thoughts and perspectives on things, for fear of accidentally influencing someone’s FREE WILL in one way or the other (or getting free negative Karma off of it). They would much rather let one make their OWN discoveries, generate their OWN unique PERSPECTIVES through their OWN choices and DECISIONS, and determine (the nature of) their OWN reality in the process accordingly. I mean, isn’t that what ALL OF US are here for, ULTIMATELY? To CHOOSE and MANIFEST and CREATE our OWN unique desired reality, instead of (futilely!) attempting to be someone else’s carbon copy?

And THIS IS WHY it’s said: TAKE what RESONATES and LEAVE the REST.

So, in closing and in conclusion, be like the Duck-Billed Platypus. The Duck-Billed Platypus has exactly ZERO PROBLEMS in having a Duck’s bill, an Otter’s feet, a Beaver’s tail, and some EGGS to lay at that -- all whilst still being a MAMMAL (of all things) no less! Any and all so-called “laws” of “reality” and “acceptability” and “normalcy” be damned!!! The very creature is a TEACHER to all of humanity when it comes to understanding what an ILLUSION really even means, and how to truly, deeply, LIVE IT according to one’s own unique PREFERENCES and CHOICES here no less.

With the feet of an otter and the bill of a duck,

He’s got feats of a champ yet he gives no fucks,

A creature, a teacher, a MASTER of pure FUN…

In Love and Light,